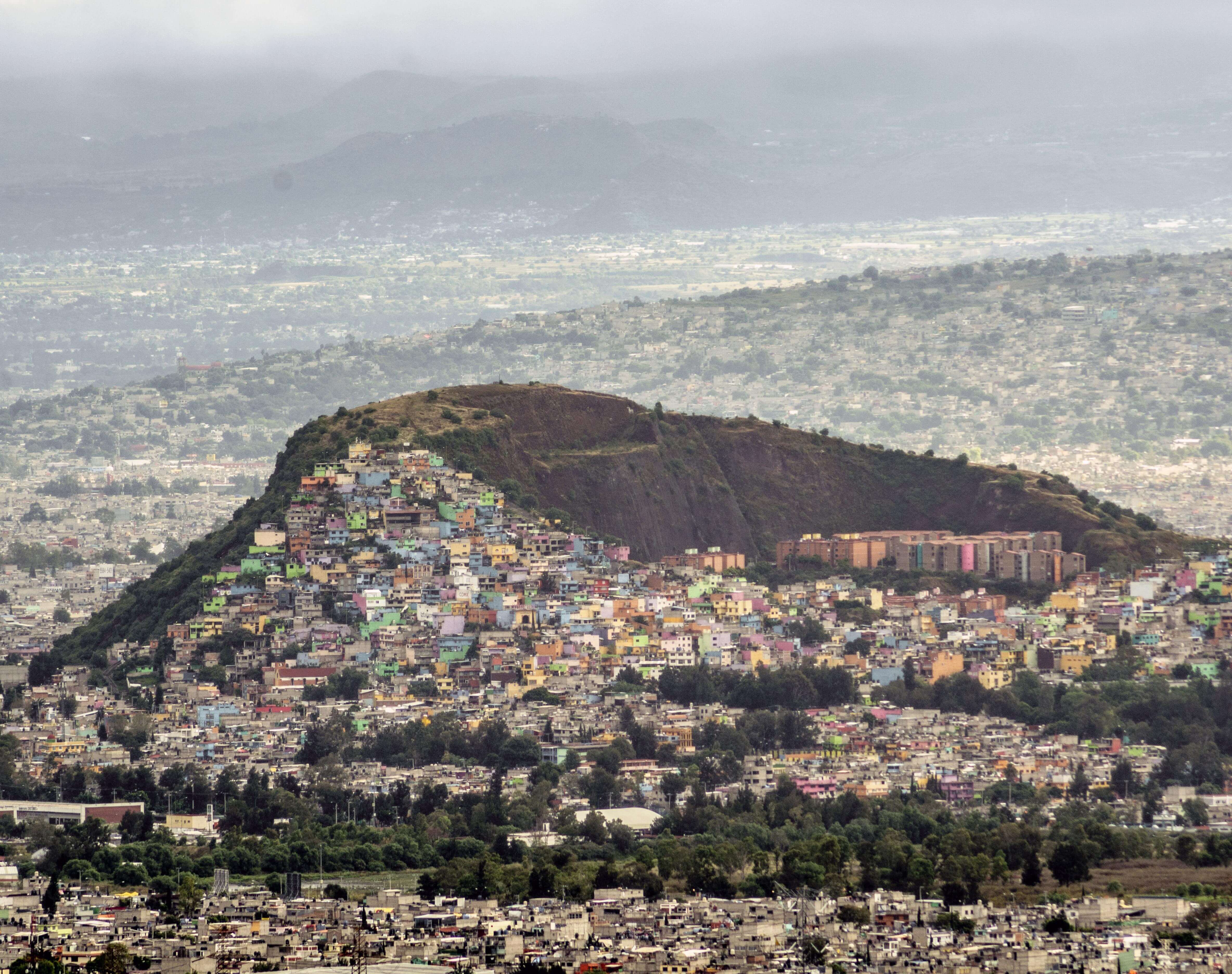 Water covers 70 per cent of our planet, yet only one per cent of it is readily available to us as fresh water. It’s a precious resource – and it’s becoming more precious by the day.
According to the United Nations, global water use has grown at more than twice the rate of population increase over the last century, and an increasing number of regions are now reaching the limit at which it can be sustainably delivered. This is particularly the case in the world’s rapidly growing urban areas, which place heavy pressure on nearby resources.

And nowhere is this truer than in Mexico City, where the majority of the water supply comes from a huge underground aquifer. It is currently being drained more quickly than it can refill and, as a result, water shortages are becoming ever more common in parts of the city. The problem is most acute in Iztapalapa, the poorest and most populous borough, where many of the nearly two million residents are unable to count on water from their taps. Instead they are forced to rely on supplies from water trucks, known as pipas. Deliveries can be sporadic, and it is not unusual for residents to line up overnight to ensure the pipa does not pass them by.

In 2017, the local water crisis was very much on the mind of Fernando Gallegos, a mechanical engineer at infrastructure solutions provider Arcosa, when he contemplated a new project in Iztapalapa. His company had been commissioned to build a new cold storage and flash freezing plant for  Mexico’s leading fast food franchisee. The current plant could no longer meet demand, and the aim was to double capacity with a new one.

“We knew that the water supply was going to be a limiting factor, because Iztapalapa is one of the areas where there is a greater shortage of this vital liquid.”

“We knew that the water supply was going to be a limiting factor, because Iztapalapa is one of the areas where there is a greater shortage of this vital liquid,” Gallegos recalls. “I remembered that on one occasion Omar Juárez at Güntner had told me about adiabatic cooling and their low water consumption compared to evaporative condensers, so I decided to give him a call.”
“It’s true,” says Juárez, Sales Manager for Industrial Refrigeration and Process Cooling at Güntner. “Evaporative condensers use water 24 hours a day, 365 days a year, whereas an adiabatic condenser is designed to work on wet mode for less than a quarter of that time. In this case, there was also an added energy saving, because the conditions in Mexico City meant the fans wouldn’t need to run constantly.”

Minimising fan use was important for another reason: the new plant was located in the middle of a residential neighbourhood. The solution was to install stainless steel V-shape VARIO Condensers with hydroBLU™ in a single cooling system that could be used for both the old and new plants. During the night, fan speed could be reduced to just 20-30 per cent to ensure noise issues for residents were mitigated when it mattered most.

The result has been a significant water saving: both the new plant and the old plant, which now provides cold storage for Mexico City’s biggest seafood market, consume together the amount of water that the original plant used to consume on its own.

Arcosa is very happy with how the project turned out for several reasons, says Gallegos. Firstly, there’s a saving on water and electricity costs. And secondly, the plants are less dependent on supplies from pipas. But perhaps most importantly - because Arcosa, like Güntner, takes its sustainability responsibilities very seriously in all the projects that it undertakes - it has been able to reduce the use of a diminishing resource.

“It was a project that made me proud and brought me great satisfaction,” says Gallegos.