The musical Hair was being performed on Broadway, Apollo 8 was orbiting the Moon, and a team of dairy industry experts in Hungary had come up with an idea for a new product. The year was 1968; the product in question was a cylinder of sweet, slightly lemony curd coated with chocolate glaze. Not sure what to call it, they sought help from a lecturer at Budapest University, who suggested Túró Rudi, which translates as “curd bar.”

And thus, Hungary’s favorite chilled treat was born. Although several manufacturers now produce the bars, the original is made by the Pöttyös brand and sold in its iconic red polka-dotted wrapping. Long marketed as a “healthy dessert,” it now comes in various sizes and flavors. In 2015, researchers found that Pöttyös Túró Rudi was Hungary’s most beloved brand. Such is its popularity that in 2017, more than a million people voted in a poll to choose a new flavor. Poppyseed and marzipan won. 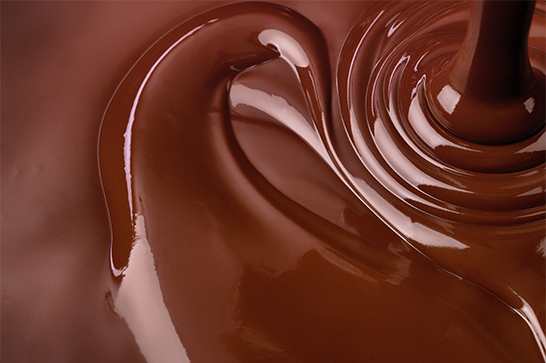 Since the early 1970s, the bars have been made at the Pöttyös factory in Mátészalka, in the northeast of the country, where production technology has been continuously modernized. The factory, which was enlarged in 2019, produces six million Túró Rudi bars weekly . Each bar is made in less than 24 hours, from the milk arriving at the factory and being turned into curd to the chocolate coating and wrapping, thanks to a sleek, efficient production line process. However, in the summer of 2021, Dutch dairy company FrieslandCampina, owner of the Pöttyös brand, decided to upgrade part of that process.

“In the previous design of the cooling chamber, where the chocolate on the freshly coated Túró Rudi bars is hardened, the cooling process was carried out on a spiral belt consisting of several elements, with a long residence time,” says Tamás Schnörch, Güntner Sales Manager in Hungary. “The problem with this was that the complicated belt structure often failed. In addition, the cooling wasn’t adequate, and even with a long residence time, the product didn’t always reach the correct core temperature.”

FrieslandCampina decided the answer was to install a single, straight belt in the cooling chamber. This added a further challenge because time in the chamber would be reduced to a quarter of what it had been. On top of this, everything in the cooling chamber needed to be made from stainless steel. Refrigeration contractor QPLAN contacted Güntner for advice.

“WE’VE HAD A GOOD RELATIONSHIP WITH QPLAN FOR MANY YEARS. THEY ALWAYS COME TO US WHEN THEY HAVE A PROJECT, AND WE’VE OFFERED THEM MANY GOOD SOLUTIONS IN THE PAST.”

The solution was found with five Güntner Cubic VARIO Air Coolers and a Güntner Flat COMPACT Condenser. The air coolers had to be installed so that the cool air was directed onto the moving production line at a precise angle of 45 degrees, maximizing the cooling of the bars. And it’s been extremely successful. The cooling chamber is no longer prone to failure, and the bars are cooled in a fraction of the previous time. A nation can continue to enjoy its favorite treats.

“GÜNTNER PROVIDED US WITH GREAT HELP IN THIS PROJECT, BECAUSE IT WASN’T ENOUGH FOR US TO JUST FIGURE OUT WHAT WE HAD TO INSTALL TO GET THE RIGHT RESULT; WE ALSO NEEDED TO MAKE SURE WE HAD THE RIGHT AIR COOLERS TO DO THE JOB. THE CUSTOMER WAS VERY SATISFIED WITH THE RESULT.”